Science does not have borders, and raising the level of scientific research in Latin America is valuable not just for Latin America but for the whole scientific community. Although the current gap in research between Latin America and the US is partly due to economic reasons, there are other causes that can be overcome with the appropriate leadership and guidance where the experience of APS will be very useful.

Although physicists in Latin America are eager to collaborate with physicists in the US, there are institutional and cultural barriers which can make this complicated. Having grown up in the US and spent the last 25 years in Brazil, I have experienced the positive and negative aspects of both cultures. And for the last nine years, I have directed the ICTP South American Institute for Fundamental Research (ICTP-SAIFR) in São Paulo which was created in 2011 as the first partner institute of the ICTP in Trieste. As director, I learned which types of programs are most efficient at increasing international collaboration.

One such program involves bringing senior researchers from North America and Europe to lecture at schools and workshops for graduate students and young researchers in Latin America. ICTP-SAIFR organizes dozens of these schools and workshops every year which, in addition to teaching the next generation of Latin American physicists, often lead to long-lasting collaborations between research groups in the different continents. A recent ICTP-SAIFR school on biological physics was jointly organized with APS as one of the very successful Young Physicists Forum initiatives.

A serious problem in Latin America is the lack of interaction between high schools and universities. Except in expensive private schools, it is rare to see university professors talking to high-school students about careers in science. This makes it difficult to increase diversity since students from under-represented sectors of society have very little interaction with scientists. In addition to organizing minicourses for high school students taught by university professors, ICTP-SAIFR organizes workshops for high-school teachers on how to introduce modern physics topics into the classroom. APS has developed several successful programs for bridging the gap between high schools and universities and increasing diversity, and after adjusting for cultural differences, it should be possible to adapt these programs to Latin America

As APS International Councilor, I hope to use my experience to improve the international initiatives sponsored by APS as well as to export the most successful APS programs to Latin American countries. 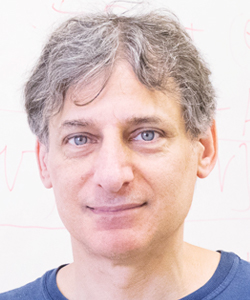