APS is a core organization of our physics community. Committed to advancing and disseminating knowledge of the physical world, APS achieved a global reach through its wide national and international membership of both academic and non-academic physicists. APS conferences, periodicals, and outreach programs represent a global standard of excellence.

Throughout its 123-year history, APS has formulated the needs, visions, and goals of physicists and represented them in the public domain. APS has navigated challenges to its objectives, including securing academic freedom, educating the next generation of scientists, and providing truthful, unbiased analysis of physics-related issues to non-scientists. We should maintain and enhance these bedrock activities while pursuing today’s opportunities in technology transfer and education. I would engage APS in connecting basic science research to translational work that brings new discoveries more quickly into the service of society. In parallel, a crucial task is to educate the next generation of physicists. I hope to help lead the physics community in building partnerships to advocate for equal access to excellent science training.

During my three decades as a professor, while pursuing a variety of basic research with molecules, including probing for beyond the Standard Model physics using “table-top” methods, I have seen the purview of physics expand. Along with the amazing accomplishments within areas as diverse as condensed matter, astro, computational, and fundamental particle physics, new subfields have grown and connections to engineering and industry have begun to flourish. APS should embrace this change and growth. My collaborators and I led the creation of new programs and centers with an eye towards these emerging opportunities. As founding co-director of both the Harvard-MIT Center for Ultracold Atoms (CUA) and the Harvard Quantum Initiative (HQI), I have worked to develop effective approaches to reaching strategic goals. The CUA brought together two schools, fostered an exciting educational environment for students, and created an enduring collaborative culture for research and outreach. At the same time, we expanded into other areas of physics and engineering. At the HQI, we created a new PhD program in the intellectual focus area of quantum science and engineering. Working towards these goals helped me to appreciate effective approaches to team building and listening. Finally, I developed significant connections to our international colleagues, including during my sabbaticals in Asia and Europe.

The year 2025, during which I would serve as APS President, has been designated as the International Year of Quantum Science and Technology. Recognizing such past achievements in physics gives us both an opportunity to educate the public about basic research and to create enthusiasm for further progress in physics. I will bring my experience in building community, leading initiatives, and advancing physics education to my presidential role of representing APS membership during this time. Finally, with equal enthusiasm, I will represent APS in conversations with representatives of both the federal government and industry to promote the research and educational goals of APS members. 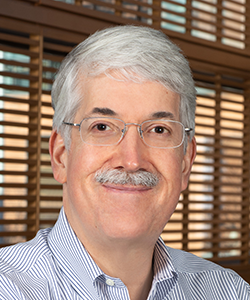