Letter to Texas Higher Education Board 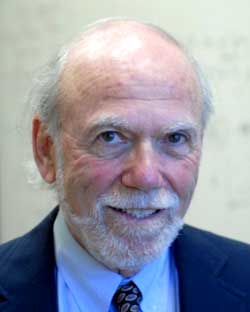 Over the past few months, the Texas Higher Education Coordinating Board (THECB) has been reviewing academic programs throughout the Texas higher education system in an attempt to identify low enrolling programs that should be closed.

In its review, the THECB identified a number of physics programs that it plans to terminate, which would stop the institutions from offering BA or BS degrees in Physics. The APS Committee on Education and the APS Committee on Minorities have identified the plan as troubling for the Texas physics community and harmful for the state as a whole.

The American Physical Society (APS) recently learned of the intended action by the Texas Higher Education Coordinating Board (THECB) to terminate offering BA or BS degrees at a number of low-enrollment physics programs in Texas. We urge the THECB to carefully consider the repercussions that will ensue from closing these programs.

We have spoken with many of the affected departments and are committed to working with the THECB, the State of Texas, and Texas Institutions to address low graduation rates. Our discussions with a number of institutions indicate that significant steps have already been taken, but more time must be allowed for these reforms to bear fruit. The APS shares the goal of the THECB to improve the productivity of higher education programs, however, we cannot help improve these programs if they are discontinued. We strongly urge the Coordinating Board to move the programs that have evidence of success from “closure” to “probation.”

The loss of regional physics programs in Texas will have several impacts, but none with greater consequences than the loss of departments that can effectively educate high school physics teachers. The Coordinating Board’s own plan, “Accelerated Plan for Closing the Gaps by 2015,” correctly identifies the significant need for increasing the number of teachers certified in STEM fields. Further, as Texas recently began requiring four full years of science and mathematics including a year of physics for all high school students – an exciting policy development we hope other states will adopt – there is an even greater need for qualified high school physics teachers.

Ironically, just as this legislation is coming into effect, the actions of the THECB to close physics programs will cripple the state’s ability to effectively prepare sufficient numbers of highly qualified physics instructors to meet the new requirements. Not surprisingly, high school teachers are known to teach in schools near where they received their education – most remaining within 50 miles of the institution where they received their Bachelors degree – so a distributed set of regional physics departments is essential for providing teachers to rural communities.

Compounding this issue is the impact on Hispanic and African-American students. “Closing the Gaps” also called for increasing the number of Hispanics and African Americans educated in the STEM disciplines. The affected universities disproportionally serve these communities, with doubled or tripled rates of graduation by underrepresented groups from the programs slated for closure compared to Texas public institutions as a whole.

For Texas to educate a scientifically literate workforce that will solve many of the significant problems facing our economy, it is essential that students receive a high quality science education.  High school physics is essential preparation for future engineers, medical professionals, technical personnel, and scientists. Teachers are the single most important factor in student achievement, and we are concerned that closing physics programs will be a big step backward in building the capacity of Texas institutions to supply highly qualified physics teachers for classrooms across the state.

A set of concrete goals and milestones must be established, and reforms put in place to address this. We propose to help your efforts by conducting regional workshops with individuals known nationally to have successfully addressed these issues. These workshops will include knowledge gained in several national projects including:

While each department must work individually to meet the graduation goals, they can depend on our support to help them work toward these milestones. We will help organize nationally recognized leaders to conduct workshops on recruiting, retention, advising, and high school teacher education.

Our experience is that departments similarly challenged by threat of closure have risen to the task of enhancing the major, greatly improving their introductory courses, increasing their numbers of majors, and becoming a significant force in educating high school physics teachers. We also acknowledge the vital role that must be played by physics faculty in attracting and retaining increased numbers of physics undergraduates in order to meet these goals.

The American Physical Society, the leading voice for physics in the United States, stands ready to commit our resources to help the THECB and faculty at Texas institutions meet the considerable challenges ahead. Again, we strongly urge the Coordinating Board to move the physics programs that have evidence of success from “closure” to “probation.”