Bent-Core Liquid Crystals
Liquid crystals straddle the line between a conventional liquid and a solid crystal. Their unique combination of liquid- and solid-like properties allow liquid crystals to be used pervasively in electronic displays. 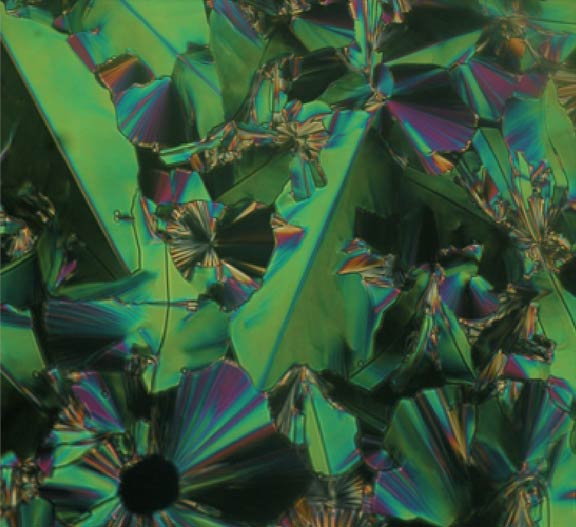 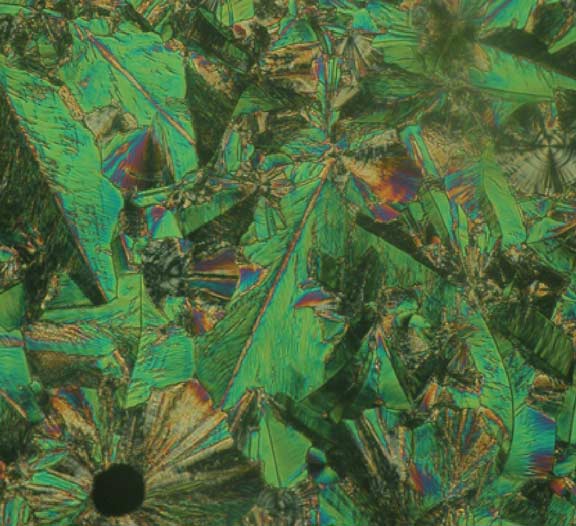 ©2011 American Physical SocietyFigure 2. This is the same sample is under the influence of an electric field of 15 V/µm.