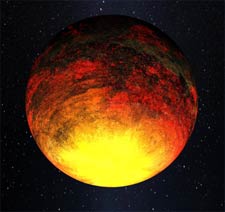 NASA's Kepler mission confirmed the discovery of its first rocky planet, named Kepler-10b. Kepler-10 was the first star identified that could potentially harbor a small transiting planet and Kepler-10b is a rocky planet orbiting Kepler-10.

Kepler's ultra-precise photometer measures the tiny decrease in a star's brightness that occurs when a planet crosses in front of it. The size of the planet can be derived from these periodic dips in brightness. The distance between the planet and the star is calculated by measuring the time between successive dips as the planet orbits the star.

Because Kepler-10 is one of the brighter stars being targeted by Kepler, scientists were able to detect high frequency variations in the star's brightness generated by stellar oscillations, or starquakes. Accurate stellar properties yield accurate planet properties. In the case of Kepler-10b, the data described a rocky planet with a mass 4.6 times that of Earth. 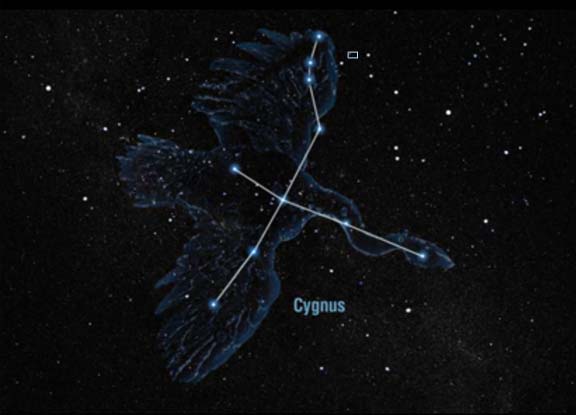 Image Credit: NASA White box shows general area of Kepler-10 and Kepler-10b in relation to the constellations Cygnus and Lyra.