In January 2012, solar flares and coronal mass ejections (CME) erupted in various regions on the sun as part of the strongest solar storm in nearly a decade.

This photo shows a stunning profile view of cascading loops spiraling above the sun's surface following a solar flare eruption. The loops are made of superheated plasma. Particles spiraling along magnetic field lines illuminate the loop paths. One loop is the size of several Earths.

Video of Eruption and Loops 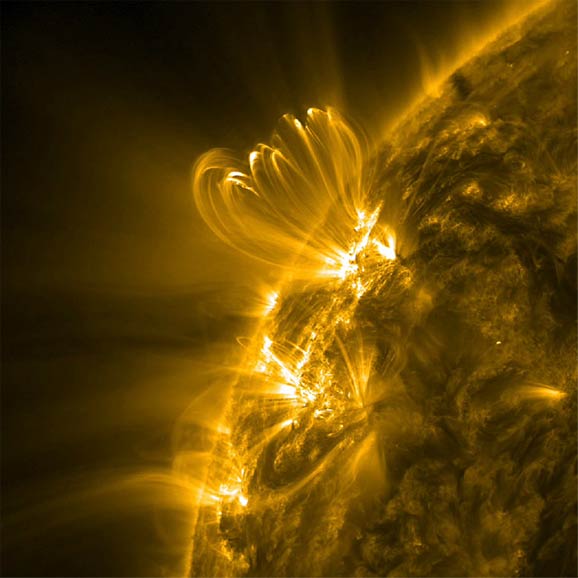 
This image was taken by the Solar Dynamics Observatory (SDO). The SDO is the first mission to be launched for NASA's Living With a Star (LWS) Program, a program designed to understand the causes of solar variability and its impacts on Earth. SDO observed the solar storm in extreme ultraviolet light.