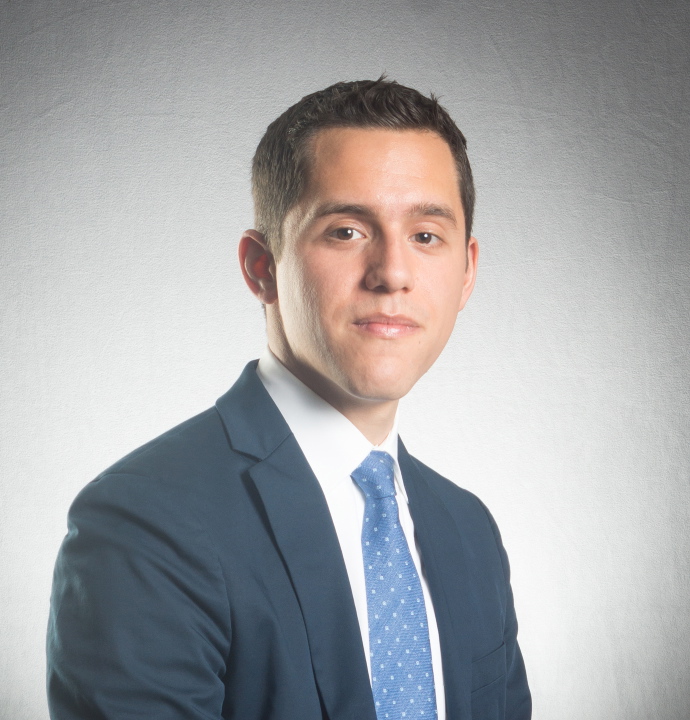 Hands-On Experience
Though having no science background themselves, Ramón’s parents encouraged him early on to get into science. They sent him to Space Camp, where he first fell in love with astronomy. Ramón’s interest in physics was solidified by a great high school physics teacher.

“My teacher was incredibly charismatic, filling the class with crazy experiments and demonstrations,” Ramón says. “Instead of just talking at us, the class was very hands-on, always connecting the physics concepts we learned about to the physical world.”

Full-Plate Lifestyle
An ambitious student, Ramón got an early start in undergraduate research, starting work on particle detectors his sophomore year at the National Superconductivity Cyclotron Laboratory (NSCL). In his senior year he worked in observational astronomy, studying brightest cluster galaxies. Ramón also participated in a number of clubs and took up multiple jobs to support his college education.

“It was tough having to balance multiple jobs, school, and extracurricular's," says Ramón. "However, it was well worth it- I learned how to manage my time and be efficient in everything I do."

Eyes Wide Open
After graduating from Michigan State University with a degree in Astrophysics, Ramón pursued graduate studies at Western Michigan University, where he conducted research in the field of physics education research (PER) and took courses covering both physics and science education. Ramón was particularly interested in supporting equity and inclusion. "[During my undergraduate years], in a typical class of 50 people, there were few people from the many unique backgrounds that exist in the United States," Ramón says. "The sciences have never really taken the time to evaluate and deconstruct issues of gender, race, and sexuality. They're assumed to be irrelevant [in these fields], and scientists often assume themselves to be void of such prejudices."

Such assumptions, Ramón believes, are one of the many barriers to full equity and inclusion in physics and astronomy.

His Path
Through a fellowship from the National Science Foundation's AGEP program and research funding from the Michigan Space Grant and PER community, Ramón traveled around the country and interviewed women physics graduate students on their academic experiences. He completed his dissertation on the subject, “Graduate Women in physics and astronomy - gendered experiences, career pathways, and definitions of success.”  In addition he partnered with other STEM colleagues to conduct research on LGBT scientists.

During graduate school, Ramón also spent some time as a visiting scholar at the University of Michigan, studying the climate experiences of students in introductory biology courses. Back at Western Michigan, he developed and taught a course called “Race, Gender, and Science”, a class looking at the issues of race and gender in science, and also got involved in the local oSTEM (Out in Science, Technology, Engineering and Mathematics) group.

After graduating from Western Michigan University, Ramón completed a Fulbright Fellowship in Finland where he studied the motivation of students to pursue physics at Finnish universities. He was also part of an APS ad hoc committee on LGBT issues which produced the 2015 LGBT Climate in Physics Report.

Ramón then served as an APS/AIP sponsored AAAS Science Policy Fellow working in the U.S. Department of Education through which he helped facilitate scientific collaboration between federal agencies and worked with the Office of Civil Rights focusing on K-12 classrooms.

Switching sectors again, Ramón worked as a consultant in the private sector with an education consulting firm. Here he consulted with university administrators on research best practices. It was this last role that brought Ramón back into academia.

Currently, Ramón is an assistant professor at the University of Utah specializing in physics education research with a focus on equity and inclusion in physics and astronomy.

“At the end of the day," Ramón says, "my goal is to fight for equal treatment of others, and that fight is through my advocacy and research.”

Find a Community
Ramón recommends students find a community of peers to support them.

“Whether they’re like-minded to you or different, find a group of people to get you through, whether that's advisors or fellow students,” Ramón says.

You Are Not Alone
“If you’re facing any sort of challenges, do not face them alone,” Ramón says. “Go through your campus leaders and student groups. They can provide help and direct you to campus resources. Whatever you do, find a community and people to support you.”

Pursue Your Passions
Ramón has found a way to combine his love for physics and social justice. He believes it is crucial for students to also follow their passions and interests.

“It may sound cliché, but it's true- find and do what you love, and you’ll never work a day in your life.”