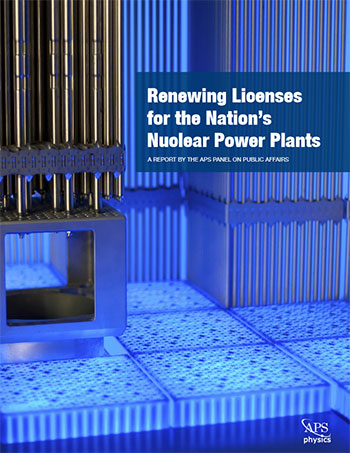 The United States has greater than 100 nuclear reactors with licenses that can be renewed to allow operation up to 60 years. There are no prohibitions against renewing those licenses beyond 60 years, and 20-year renewal periods are presently authorized under existing regulations. If licenses are not renewed beyond 60 years, approximately 100 gigawatts of power—roughly 20% of the nation’s electricity supply today—will begin shutting down by the year 2030.

It is in the financial interests of the nuclear industry to evaluate the potential for extending the operating lifetime of nuclear reactors. Ultimately, a utility’s decision to renew a license will balance an assessment of the costs of long-term operation of the nuclear plant against the costs of constructing new power generation, such as a coal or natural gas plant, or a new nuclear plant.

For several reasons, it is also in the interests of the federal and state governments to evaluate the potential for long-term operation of nuclear reactors:

The decision to extend nuclear plant life is both complex and urgent. It involves interrelated technical, economic, regulatory, and policy issues. Further, replacing these units will require long-lead planning, estimated at 10 to 15 years prior to scheduled retirement of the plant. Hence, the window of opportunity is short—utilities will begin facing a decision of whether to renew licenses starting in five years.

Two closely coordinated research programs are examining the potential for long-term operation. The Department of Energy runs a federal Light Water Reactor Sustainability Program (LWRS), cost-shared with industry. And the Electric Power Research Institute (EPRI), supported by the electric power industry, runs a Long-Term Operation (LTO) Program. Current results of these programs do not indicate any technical show-stoppers that would prevent the renewal of licenses from 60 to 80 years, assuming rigorous application of maintenance, inspection and aging management programs. Component and materials aging, however, is a critical topic. The LWRS and LTO research programs are establishing a pathway of research, surveillance and response that can manage these challenges.

The LWRS and LTO programs are collecting data and developing models to predict the life span of plant components. Such results are useful in informing surveillance and response activities. There are uncertainties involved in any engineering assessment, especially over long periods of time. For example, no mathematical model can identify what bolt will corrode on which day; instead, the models predict the likelihood, with a range of uncertainty, that a portion of the bolts are likely to need replacement within an estimated period of time. The more substantial the research program is, the better the overall activity will be: uncertainty will be reduced, lead time for preventive action will be increased, predictions will be more accurate, surveillance will be better informed, and the response will be more targeted.