Only certain types of people can do physics. You have to “look” like a physicist to study it in high school.

Physics is for everyone and anyone who is willing to give it a try.

The field of physics is constantly changing and there are great opportunities for people from all backgrounds. For example, the number of students taking physics has grown (from 2005-2013). And there are many examples of super cool people doing physics careers!

APS and the American Association of Physics Teachers (AAPT) have created a shareable “5 Myths” brochure for teachers, counselors, and students to download. Check it out! 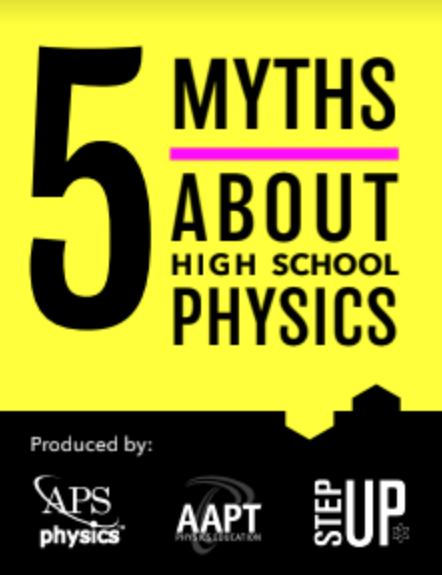