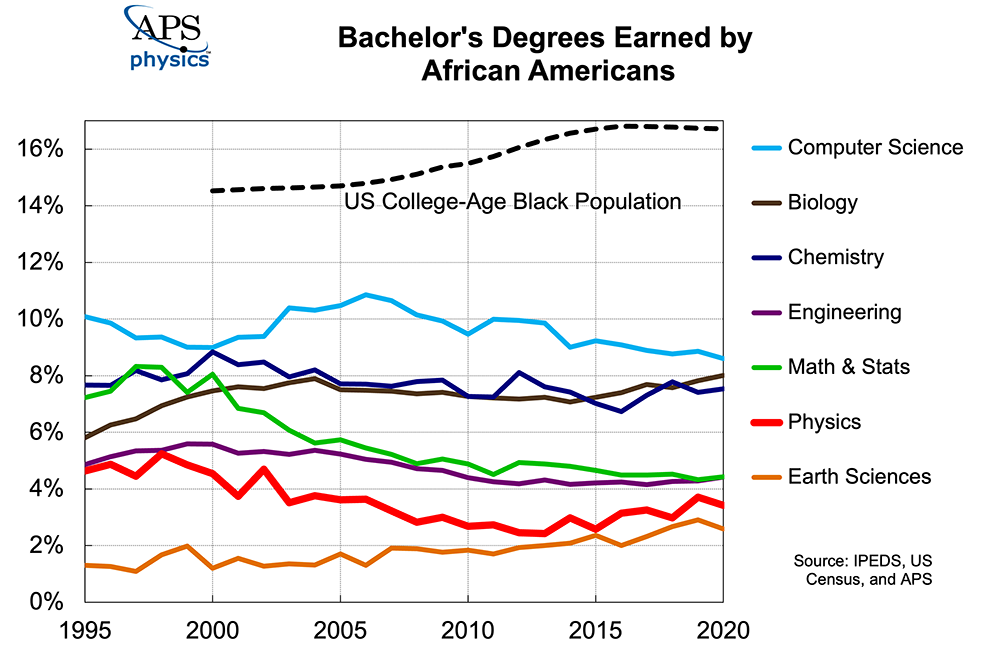 This graph shows the percent of US bachelor's degrees awarded to Black and African American students in Science, Technology, Engineering, and Mathematics (STEM) fields, as well as the percent of college-age (18-24 years) United States permanent residents who are Black or African American. Degrees awarded to temporary residents are excluded from calculations. Data on the college age population are collected from the US Census.

This graph is freely available for your use. You may use our graphs in reports and presentations, or you may use the raw data to create new graphs and charts. Credit APS, IPEDS, and the U.S. Census Bureau as shown above.