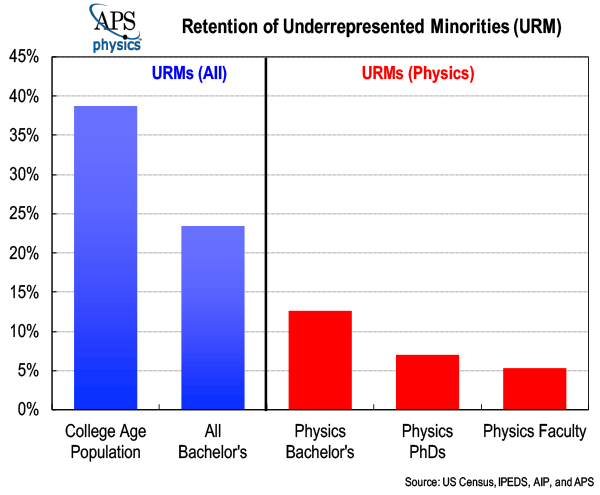 This graph shows the five-year average percentage of underrepresented racial and ethnic minorities (URMs) in physics compared to both the percentage of URMs in the US college age population and among all bachelor's degrees awarded. In this case, URMs include African Americans, Hispanic Americans, American Indians, Alaska Natives, Native Hawaiians, and other Pacific Islanders. Also included is the percent of college-age (18-24 years) United States permanent residents who are URMs.

Degrees awarded to temporary residents are not included in the calculations. Data on the college age population are collected from the US Census.