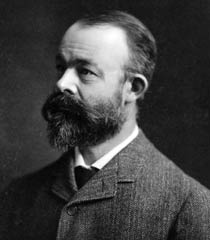 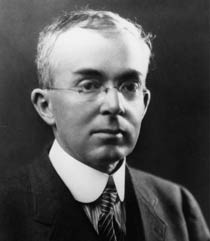 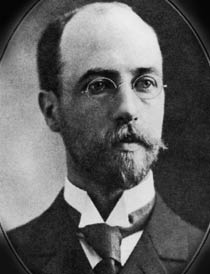 America’s first physics-only scientific journal, the Physical Review, first saw the light of day at Cornell University in 1893. The guiding spirit behind its birth was a member of the Cornell faculty, Edward L. Nichols, who edited it with the help of two of his colleagues, Ernest Merritt and Frederick Bedell. The journal stayed at Cornell until 1913 when it was taken over by the American Physical Society. The first issue, dated July-August 1893, listed Nichols and Merritt as editors. Bedell joined them soon thereafter. It defined itself as “A journal of experimental and theoretical physics.” The first issue was 80 pages long. Volume 1 contained a mere 20 articles, spread over only 480 pages.

Edward Leamington Nichols was born in Leamington, England in 1854 of American parents. He received a bachelor’s degree in physics at Cornell, and after graduation he spent time in Germany, where he earned a PhD. He then worked at Johns Hopkins with Henry Rowland. After some years teaching in the Midwest, he ended up back at Cornell as a physics professor himself. In his later career, Nichols was elected to the National Academy of Sciences, and served both as President of the AAAS (1907) and of APS (1907-08).

In the 1890’s in America there were not many physicists and much of what they were doing was not up to European standards. Nevertheless, Nichols decided to found a journal devoted entirely to physics, and in this he obtained the financial backing of Cornell University. To help him in this endeavor, Nichols asked Merritt to join in editing the new journal. According to Paul Hartman, author of A Memoir on the Physical Review, Merritt was “like an elf, full of life, sparkling wit and conversation, outgoing, interested in all manner of things, enthusiastic and bubbling over.” He eventually became Nichols’ successor as Department Head. Nichols and Merritt were very close, and after Nichols’ death, in 1937, Merritt wrote the biographical memoir of him for the National Academy.

The third of the original editors was Frederick Bedell, who got his undergraduate degree at Yale and after his thesis stayed on at Cornell, joining Nichols and Merritt in editing the Physical Review. The journal continued to be published at Cornell for 20 years, but by 1912, the American Physical Society, which had been founded in 1899, was considering publishing its own physics journal. For the first three years of its existence, the APS issued its own bulletins; thereafter these appeared in the Physical Review. Rather than compete, Nichols and the other Review editors ceded the journal to the APS in 1913, which publishes it to this day. Bedell continued as editor for a decade under the aegis of the APS.