This award recognizes outstanding and sustained contributions by an early-career researcher to the soft matter field. The award provides $5000 and the cost of travel to the APS March meeting.

The award was established in 2015 and was generously sponsored by Solvay through 2020.

Soft matter researchers with at most 12 years of full time activity after their PhD as of the nomination deadline, allowing for career breaks (e.g., due to child or dependent care, illness, military service, etc.), are eligible. The nomination package must explicitly state the date that the nominee obtained their PhD, and any career breaks. The award is open to researchers from all disciplines that contribute to the advancement of soft matter research. Ordinarily the prize will be awarded to a single individual. The research recognized could either be a single piece of work, or the sum of contributions. Should the nominee already have an APS Award or Prize then the DSOFT Award must be based on clearly described and entirely different (or at the very least substantial further) work than that recognized in the earlier Award or Prize.

Any APS member (not a member of the committee making the selection) may submit one nomination or seconding letter for each prize or award in any given year. A nomination should include:

Nominations for a prize or an award shall be opened to all scientists of all nations regardless of the geographic site at which the work was done. Nominations are active for three years provided the nominator re-certifies the nomination before the next deadline, and they may be updated while still active, but after the third review cycle if not selected the nomination is then removed. A new nomination may be submitted at that point; there is no waiting period.

Unless it is specifically stated for a particular prize or award, no time limits are set on when the work was done, but emphasis should generally be on recent work of those nominated.

A prize or an award should ordinarily be awarded to a single recipient. In cases where there are multiple recipients, selection committees must submit justification to the APS Executive Board. Selection committees should be sensitive to recognizing only the prime contributors to large team collaborative works, especially those involving more than one institution. Only those who have made original and indispensable contributions should be named as recipients. Some prizes and awards have specific rules regarding the eligibility of multiple recipients.

Recipients should not receive more than one major APS prize or award for the same work. However, the recipient of an APS prize or award can be eligible for another one if it is demonstrated that the previous work has been extended in a significant way or if the new prize recognizes entirely new work. Selection committees, with the assistance of the APS staff, must identify candidates who have received prior APS recognition. In cases where the candidate selected by a prize selection committee has already received any APS award, the selection committee must provide justification for their selection in light of the previous award. 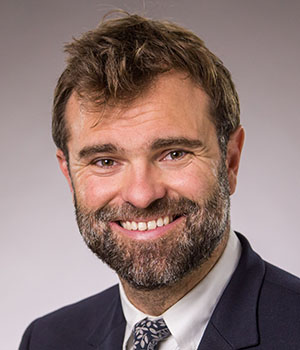