This award is presented annually to an outstanding early career experimentalist in nuclear physics. The award will consist of an $4,000, a certificate, a registration waiver, and an allowance for travel to the Fall Meeting of the APS Division of Nuclear Physics (DNP) to give an invited prize talk and receive the award.

Stuart J. Freedman was a distinguished experimental nuclear physicist, member of the National Academy of Sciences, and recipient of the Bonner Prize in Nuclear Physics, and had a singular role in educating and mentoring graduate students and post-docs.

Stuart inspired students and post-docs in experimental nuclear physics through his accomplishments, his approach to science, and his commitment to the scientific development of those whom he mentored. A detailed account of his achievements can be found at the In Memoriam: Stuart Freedman, Renowned Nuclear Physicist page. Highlights include the first test of Bell’s inequality, carried out with John Clauser, demonstrating consistency with the predictions of quantum mechanics while ruling out those of hidden variable theories.

This award was established in 2016 by the American Physical Society’s Division of Nuclear Physics (DNP) to recognize Dr. Freedman’s legacy as a mentor to early career physicists. Thanks to the generosity of his family, friends, and the DNP community, the Award was fully endowed in 2019.

Nominations are open to experimental nuclear physicists who are within seven years of their Ph.D. (at the time of the submission deadline for the nomination, excluding career interruptions defined as a major life event requiring an extended absence of 3 months or longer from the workplace, including but not limited to active military service, an absence due to personal disability, or an absence covered by the Family Medical Leave Act). The prize shall normally be awarded to one person. Nominations would be active for two award cycles. 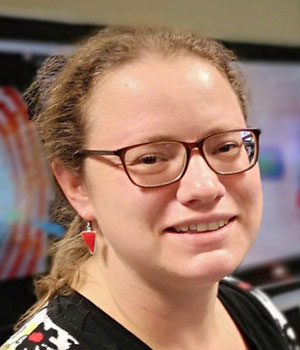