This annual award consists of $2,000, a certificate, travel reimbursement (up to $750 for North America, $1,500 overseas), and a registration waiver to receive the award and give an invited talk at the APS March Meeting. The invited talk will be held in the GSNP Award Session, which also hosts presentations associated with the Student and Postdoctoral Speaker Awards. There will be one awardee each year. The awardee is expected to attend the corresponding APS March Meeting.

The award was established in 2017 by the Topical Group on Statistical and Nonlinear Physics, and is supported by a joint sponsorship with Chaos: An Interdisciplinary Journal of Nonlinear Science (AIP Publishing).

Nominations will be accepted each year for doctoral dissertations written in English and as part of the requirements for a doctoral degree at any university or equivalent institution worldwide. Nominees must be members of the GSNP and have their approved dissertations submitted in final form to their institutions between July 1 of the previous year and June 30 of the nomination year. For example, for the 2019 recipient nomination period, with a deadline of July 31, 2018, the nominee’s thesis submission date must be between July 1, 2017 and June 30, 2018. The student is expected to be nominated by their thesis advisor, who is not required to be a member of the GSNP. A student who has won a dissertation award in another APS unit, or whose thesis advisor serves on the current selection committee, is not eligible.

Nominations must be received no later than July 31 of each year. The nominations will be evaluated based on the quality of the dissertation, the contribution of the student to the research, and the impact of the work. The winner will be identified by early November (before the abstract submission deadline for the APS March Meeting). The committee will be formed by the GSNP Chair and will consist of the Past Chair and three additional senior members of the GSNP, including both experimentalists and theorists with expertise spanning both nonlinear and statistical physics.The nomination package must include:

Submit applications through the nomination website as described in the Prize & Award Nomination Guidelines. Please contact honors@aps.org if you have questions. 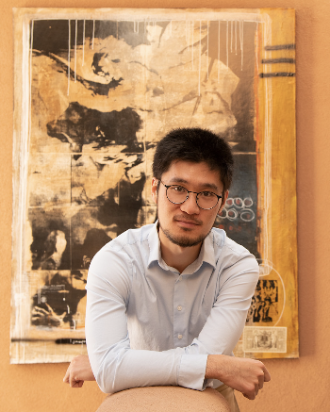