This prize recognizes scientists whose theoretical, experimental, or computational achievements have opened new vistas for statistical and or nonlinear physics. The annual prize consists of $10,000, a medal, certificate, travel reimbursement up to $500 for recipients traveling within North America, up to $1,000 from overseas, and a registration waiver to attend the APS March Meeting to give an invited talk and accept the award.

The Kadanoff Prize was conceived and proposed by the APS Group on Statistical and Nonlinear Physics (GSNP) to honor the memory and celebrate the remarkable legacy of Leo Kadanoff. Kadanoff, who served as APS president from 2007-2008, had an enormous impact on statistical and nonlinear physics. He himself was the recipient of many of the field’s most prestigious awards. His influence was broad and his originality deep – broader and deeper than a list of his research papers would suggest. His accessible approach to the renormalization group has been emulated in an array of fields and his lectures and popular writings have inspired a generation of scientists.

The Kadanoff Prize was established in 2018 with contributions from the family, friends, and collaborators of Leo Kadanoff, and individual donations from a broad spectrum of the American Physical Society. The Prize was fully endowed soon after by a generous gift from an anonymous donor.

A nomination consists of:

All files must be written in English and uploaded in PDF format. Letters must be on letterhead, dated, and signed physically or with an electronic signature. Include the name of the nominee in the filenames.

Instructions for submitting a nomination are included in the APS Prize & Award Nomination Guidelines.

Selection Committee Composition Description: The selection committee is composed of six people, three of whom are representatives from the GSNP Executive Committee, and three additional members from the international statistical physics and nonlinear physics community. 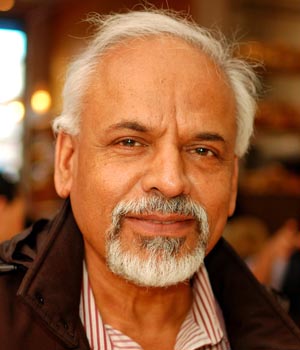