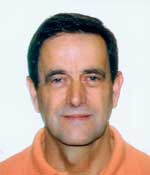 
"For his innovative and definitive numerical studies of spin glasses and the vortex glass state of High Temperature superconductors."


A. Peter Young received his undergraduate degree in 1970 from Oxford University, and his D. Phil in 1973 from the same institution. From 1978 to 1985 he was lecturer and then reader at Imperial College, London, and has been Professor of Physics at the University of California Santa Cruz since 1985. He is the author of about 200 papers on theoretical condensed matter physics, especially numerical studies on the theory of phase transitions in disordered condensed matter systems such as spin glasses, and the theory of quantum phase transitions. He is a Fellow of the American Physical Society, winner (with Alan Bray) of the 1985 Maxwell Medal and Prize of the Institute of Physics, recipient of the 2004 Excellence in Teaching Award from UC Santa Cruz, recipient of the 2005 Outstanding Faculty Award of the Division of Physical and Biological Sciences at UC Santa Cruz, and was selected by the APS in 2008 as one of its inaugural group of Outstanding Referees.