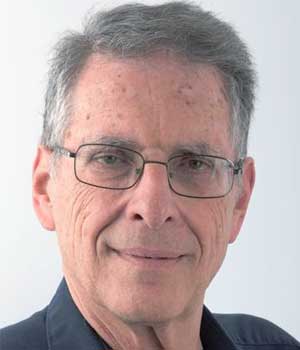 
"For deep physical insights in the fields of surface-enhanced Raman spectroscopy and molecular electronics."


Abraham Nitzan was born in Israel in 1944, received B.Sc. and M.Sc. degrees from the Hebrew University, and Ph.D. from Tel Aviv University in 1972. Following postdoctoral studies at MIT and the University of Chicago, he returned to Tel Aviv University (TAU) in 1975 where he in 1982 he became a professor of chemistry. He has been a TAU emeritus since 2014. Since 2015, he has been a professor of chemistry at the University of Pennsylvania (Penn). At TAU, he chaired the School of Chemistry from 1984 through 1987, was dean of the Faculty of Sciences from 1995 until 1998, and directed the Institute of Advanced Studies from 2003 until 2015. His research focuses on the interaction of light with molecular systems, chemical reactions in condensed phases and interfaces, and charge transfer processes in such environments. In addition to the textbook, "Chemical Dynamics in Condensed Phases" (Oxford U. Press, 2006), he has published over 300 papers, has been assigned a patent and has given invited talks at more than 150 scientific meetings.

During 1992-2014, Nitzan was TAU’s Kodesh Chair of Chemical Dynamics. In 2018, he was named Donner Chair of Physical Sciences at Penn. He is the recipient of the Humboldt Award, the Israel Chemical Society Prize (2004) and Medal (2015), the Emet Prize, the Hirschfelder Prize, and the Israel Prize in Chemistry. He is a fellow of the American Physical Society and of the American Association for the Advancement of Science. He is also a foreign honorary member of the American Academy of Arts and Sciences, a foreign associate of the U.S. National Academy of Sciences, and a member of the Israel Academy of Arts and Sciences. In 2010 he received an honorary doctorate from the University of Konstanz.