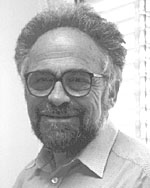 
"For his numerous experimental techniques developed to elucidate collective phenomena in accelerators and storage rings; in particular, the experimental determination of beam impedances and methods for controlling the instabilities that limit beam intensities. His theoretical insights and experimental innovations have led directly to higher intensities in many circular accelerators and storage rings for both particle physics and synchrotron radiation production. As a superb teacher and mentor, he has been unfailingly generous in conveying his knowledge and insight to others, especially younger physicists and engineers."


Albert Hofmann was born in 1933 in Switzerland. He studied physics at the ETH (Swiss Federal Institute of Technology) and obtained his diploma in 1957. Following this he taught at the ETH and continued research leading to the development of a new magnetic spectrometer. He received his Dr. Nat. Sci. In 1964. From 1966 to 1973 he worked as Research Fellow at the Cambridge Electron Accelerator (Harvard University and MIT) on an electron-positron colliding beam facility and physics experiment. When the Cambridge Electron Accelerator closed, he worked at CERN in Geneva on beam dynamics problems of the hadron collider ISR and on the design of the Large Electron Positron ring LEP. In 1983 he accepted a Professorship (Applied Research) at Stanford University to work at SLAC and at the synchrotron radiation laboratory, SSRL.

In 1987, Dr. Hofmann returned to CERN for the LEP commissioning and currently works on accelerator issues of this research machine. He is a consultant for several other laboratories, lectures at accelerator schools, is Consulting Professor at SSRL (Stanford) and is a Fellow of the American Physical Society.