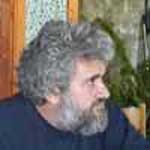 
"For their leading role in the establishment and use of precision silicon tracking detectors at hadron colliders, enabling broad advances in knowledge of the top quark, b-hadrons, and charm-hadrons."


Aldo Menzione was born in Massa (Italy) on June 18, 1943. In 1961 he started his studies in University of Pisa where he graduated in 1967. Between 65 and 68 he worked on the CERN Karlsrhue Collab. The thesis work was Production of neutral mesons decaying in all neutral secondaries. 70 73 at CERN-ISR-R801. The reason for which this experiment is still known is the discovery of the rising p-p X-section. Other interesting results were in the area of correlations among secondaries and rapidity distributions as function of energy. 73 80 at CERN-SPS Experiments NA1 NA7. These experiments led to relevant results in charm physics and meson form factors. Many technical innovations were introduced in these experiments, most important, the active target, based on semiconductors. In the period 1990 -2000 he devoted part of his time to an astroparticle experiment CLUE finalized to establish a technique to detect the air shower by the UV Cherenkov light. 80 now CDF at Fermilab. He participates from the beginning to the design and the construction of the apparatus. Starting 1985 he had the responsibility of the design, construction and commissioning of the silicon vertex. The device was relevant in the top importance in a variety of measurements done by the collaboration. He has been responsible of the CDF-Pisa group until 2006.