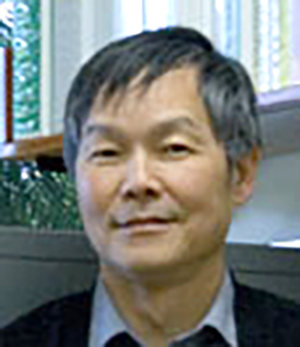 
"for insightful, fundamental and broad-ranging contributions to accelerator physics, including polarization, beam-beam effects, nonlinear dynamics, and collective instabilities, for tireless community leadership and for inspiring and educating generations of accelerator physicists."


Alexander Chao received his B.S. from Tsinghua University, Taiwan, in 1970, and his Ph.D. in 1974 from Stony Brook University. He joined the Stanford Linear Accelerator Center as a postdoc in 1974 and became its Beam Dynamics Group leader in 1981. In 1984, he joined the Superconducting Super Collider Conceptual Design Group at the Berkeley National Laboratory as its accelerator physics division head. He chaired the SSC Parameters Committee at the SSCL in Texas until 1993 when the collider project was canceled by the federal government. He then returned to SLAC as a professor at Stanford University. His specialties in accelerator physics include collective instability theory for intense charged-particle beams, nonlinear dynamics of particle motion in accelerators, spin dynamics, laser-particle interaction, and physics of coherent radiation sources. He contributes part of his time to community services. He initiated an accelerator school series in mainland China, Taiwan, and Singapore that has been offered since 1998. Alex is the author of The Physics of Collective Beam Instabilities in High Energy Accelerators (Wiley, 1993), and co-editor of the The Handbook of Accelerator Physics and Engineering, (World Scientific Publishing Company, 1999). Since 2007, he has been co-editor of the journal, Reviews of Accelerator Science and Technology. A fellow of the American Physics Society, in 2002 Alex was elected Academician of the Academia Sinica in Taiwan. He received the European Physical Society Wideroe Prize in 2008 and the 2016 U.S. Particle Accelerator School Achievement Prize.