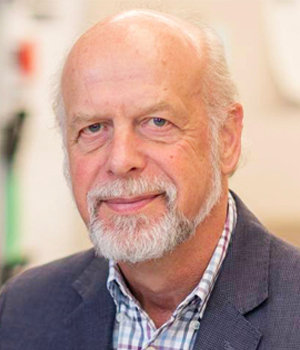 
"For transformative contributions to the measuring and understanding of wall turbulence in extreme Reynolds and Mach number regimes, for pioneering research on bio-inspired propulsion, and in recognition of exemplary technical leadership, mentoring, and community service."


Dr. Smits is the Eugene Higgins Professor of Mechanical and Aerospace Engineering Emeritus at Princeton University.  He received his B. Eng. degree from Melbourne University in 1970, and his Ph.D. from the same institution in 1975.  His research interests are centered on fundamental, experimental research in turbulence and fluid mechanics. He is a Member of the National Academy of Engineering, and a Fellow of the American Physical Society, the American Institute of Aeronautics and Astronautics (AIAA), the American Society of Mechanical Engineers (ASME), the American Association for the Advancement of Science, and the Australasian Fluid Mechanics Society. In 2004, Dr. Smits received the Fluid Dynamics Award of the AIAA. In 2007, he received the Fluids Engineering Award from ASME, the Pendray Aerospace Literature Award from AIAA, and the President's Award for Distinguished Teaching from Princeton University. In 2009, Dr. Smits received the Médaille de la Ville de Marseille, La Ville de Marseille, France, in recognition of his scientific and cultural contributions to the city, and in 2011 he received a degree Honoris Causa (D.Eng.) from the University of Melbourne, Australia.  In 2014 he received the Aerodynamic Measurement Technology Award from AIAA, and in 2015 he became the Editor-in-Chief of the AIAA Journal.  He has authored or co-authored three books and more than 400 journal and conference papers.