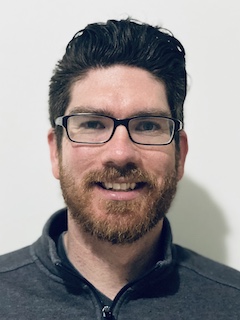 
Alexander received his B.S. in Chemistry from California Polytechnic State University San Luis Obispo in 2008. After spending a year working as a materials chemist, he started graduate school in the Department of Chemistry and Biochemistry at the University of California San Diego. In late 2010 he joined the research group of Professor Misha Galperin, focusing on the theoretical modeling of non-equilibrium electronic and optical properties of single molecule junctions. Alexander earned his M.S. in 2011, and his Ph.D. in early 2014. He was an ARCS Scholar from 2013 until his graduation, and his Ph.D. thesis earned the Chancellor’s Dissertation Medal for the division of physical sciences at UCSD. Alexander then joined the Theoretical Division at the Los Alamos National Laboratory as a postdoctoral research associate. He worked on algorithm and theory development for non-adiabatic molecular dynamics in photo-excited systems. In 2017 he was converted to his current position as a staff scientist. His research interests have expanded to include modeling the material properties of matter in extreme conditions, the electronic structure of warm and hot dense matter, and reactive hydrodynamics.