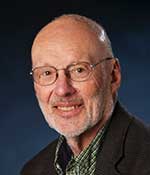 
"For path-breaking historical analyses of the roles of experiment in physics and for explicating the nature of evidence and error in scientific argument."


Allan Franklin received an A.B. from Columbia College in 1959 and his Ph.D. from Cornell University in 1965. He is currently Professor of Physics at the University of Colorado. He began his career as an experimental particle physicist. For the past 40 years he has worked in the history and philosophy of science, particularly on the roles of experiment in physics. His books include The Neglect of Experiment, Are There Really Neutrinos, Selectivity and Discord, and Shifting Standards: Experiments in Particle Physics in the Twentieth Century, and soon to be released, What Makes A Good Experiment?. He has twice been Chair of the Forum on the History of Physics of the American Physical Society and twice a member of the Governing Board of the Philosophy of Science Association. Honors include Fellow of the American Physical Society, 1988; Miegunyah Distinguished Fellow, University of Melbourne, 2000; University of Colorado, University Distinguished Research Lecturer, 2002.