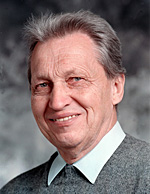 
"For elucidating roles of fluctuations and randomness in collective phenomena, including critical behavior of uniaxial ferroelectrics, dependence of critical exponents in four dimensions on symmetry, and how impurity pinning of vortices in superconductors destroys lattice order and controls critical currents."