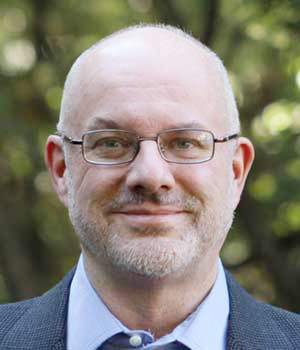 
"For the development of the stochastic series expansion algorithm, and for numerous creative applications of this method to the study of quantum phase transitions."


Anders W. Sandvik is a Professor of Physics at Boston University. He completed his MSc at Abo Akademi University in Finland in 1989 and his PhD in Physics at the University of California, Santa Barbara, in 1993. He carried out postdoctoral work at Florida State University and the University of Illinois at Urbana-Champaign before returning to Finland as a Senior Fellow of the Academy of Finland in 2000. He joined the faculty of Boston University in 2004. He has held visiting appointments at the University of Tokyo, National Taiwan University, the Beijing Computational Science Research Center, and the Institute of Physics of the Chinese Academy of Sciences. From the beginning of his research career, he has been interested in quantum lattice models and how to study them with unbiased computational techniques. He developed the versatile Stochastic Series Expansion algorithm, a quantum Monte Carlo method that is particularly efficient for a broad range of quantum magnets. During the past several years, he has designed a class of quantum spin models (J-Q models) which can realize many phenomena of interest in contemporary condensed matter physics and quantum field theory, while being amenable to efficient numerical simulations. His detailed studies of these models have provided unique insights into collective quantum many-body states and their quantum phase transitions. Dr. Sandvik received a Fulbright Fellowship for his PhD studies in 1990 and was elected Fellow of the American Physical Society in 2007. He served as Member at Large of the Executive Board of the Division of Computation Physics (DCOMP) 2011-14. In 2014, he chaired the DCOMP sponsored IUPAP Conference on Computational Physics, CCP2014, in Boston, with more than 350 participants from over 30 countries. In 2017 he was appointed by the Simons Foundation as a Simons Investigator in Physics.