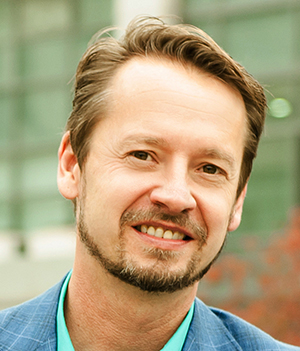 
"for the design and construction of a series of highly sophisticated scanning probe instruments, including the development of inelastic electron tunneling spectroscopy at the single atom and single spin limit, that provided many breakthroughs in the science of measurement."


Heinrich is a world-leading researcher in the field of quantum measurements on the atomic-scale in solids. He pioneered spin excitation and single-atom spin resonance spectroscopy with scanning tunneling microscope methods that have provided high-resolution access to the quantum states of atoms and nanostructures on surfaces. Heinrich’s work has received extensive media coverage worldwide. Heinrich received his Masters (Diplom) degree in 1994 and his doctorate in 1998 in physics at Georg-August University in Goettingen, Germany. He worked for 18 years at IBM Research, giving him extensive experience in presenting research to corporate and political leaders, including the president of Israel and the IBM Board of Directors. Heinrich became a distinguished professor at the Ewha Womans University (Seoul) in August 2016 and started the Center for Quantum Nanoscience (QNS) of the Institute for Basic Science (IBS) in January 2017. Under his leadership, QNS focuses on exploring the quantum properties of atoms and molecules on clean surfaces and interfaces with a long-term goal of quantum sensing and quantum computation in such systems.