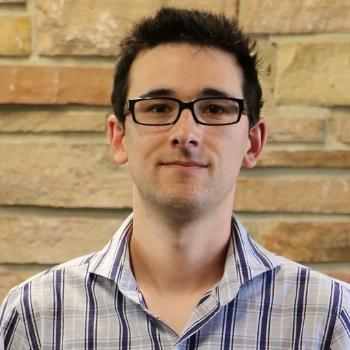 
"For pioneering contributions to developing the theory of hydrodynamic transport in interacting electron fluids."


Andrew Lucas is an Assistant Professor of Physics at the University of Colorado Boulder. He has made impactful contributions to a broad range of subjects, including applications of gauge-gravity duality to condensed matter physics, the emergence of hydrodynamics in quantum matter (especially in electron liquids in high-purity metals), and the dynamics of quantum information. He received his B.S. in Physics from Stanford University in 2012, and PhD in Physics at Harvard in 2016, under the supervision of Prof. Subir Sachdev. He was subsequently a Moore Foundation EPiQS postdoctoral fellow at Stanford University from until 2019, when he moved tto Colorado. He received the Sloan Fellowship in 2020 at 29 years of age. His interdisciplinary group studies a broad range of problems on the dynamics of exotic quantum matter, using techniques from condensed matter physics, high energy physics, hydrodynamics, quantum information and applied mathematics.