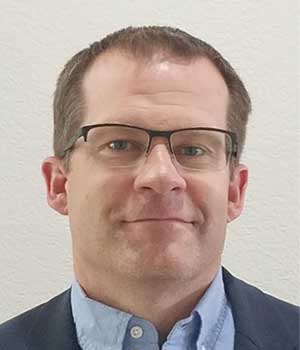 
"For significant contributions to the field of state-of-the-art atomic clocks and precision tests of fundamental physics."


Andrew Ludlow is a research physicist in the Time and Frequency Division at the National Institute of Standards and Technology (NIST) and a lecturer in the Physics Department at the University of Colorado Boulder. He received a B.S. in Physics from Brigham Young University in 2002, and a Ph.D. in Physics from the University of Colorado in 2008. He joined NIST in 2008 as a National Research Council postdoctoral fellow, and later as a physicist and project leader in the Time and Frequency Division. His main research interests include the development of optical atomic clocks, cold atom systems for quantum metrology, ultrastable optical sources and laser interferometry, and the application of these systems to fundamental physics studies and advanced technology. He currently leads the development of the ytterbium optical lattice clock at NIST and has received various awards for his research contributions, including the Arthur S. Flemming Award, the Presidential Early Career Award, two gold medals from the U.S. Dept. of Commerce, the European Frequency and Time Forum Young Scientist Award, and the APS DAMOP Thesis Prize. He has served in a variety of organizations to support the advancement of precision measurements and research metrology, including working groups of the International Committee of Weights and Measures; the IEEE Ultrasonics, Ferroelectrics, and Frequency Control Society; APS DAMOP; and the European Frequency and Time Forum.