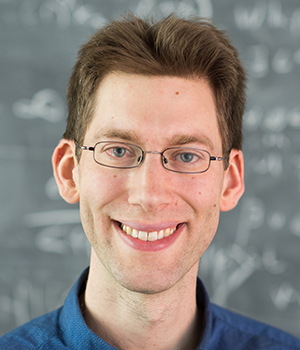 
"for outstanding accomplishments in the mathematics of quantum information, and the development of new algorithmic primitives for quantum computers."


Aram W. Harrow is an associate professor of physics at the Massachusetts Institute of Technology (MIT) where he has worked since 2013. Previously, he was a computer science and mathematics lecturer at the University of Bristol and a research assistant professor at the University of Washington. He earned his B.S. in math and physics from MIT in 2001, and his Ph.D. in physics in 2005. Harrow’s work focuses on theoretical aspects of quantum computing and quantum information. Among the algorithms he has developed for a future quantum computer, should it ever exist, is a method of quickly solving very large linear systems of equations. He also investigates ways in which quantum information can shed light on problems in physics. This work has included the first proof of computational hardness for approximately determining whether a mixed state is entangled. In quantum information theory, he invented the concepts of "coherent classical communication” and "entanglement spread". He was the recipient of a 2009 American Physical Society Outstanding Referee Award.