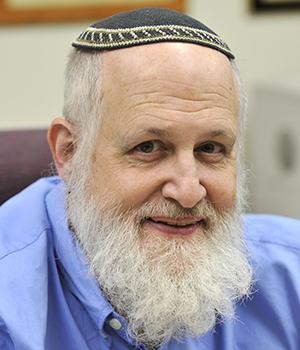 
"for his fundamental contributions to the mathematical physics of quantum mechanics, quantum field theory, and statistical mechanics, including spectral theory, phase transitions, and geometric phases, and his many books and monographs that have deeply influenced generations of researchers."


Barry Simon is the IBM Professor of Mathematics and Theoretical Physics, Emeritus, at Caltech. He received his A.B. in physics from Harvard College in 1966 and his Ph.D. in physics from Princeton in 1970. He is a fellow of the American Physical Society and the American Mathematical Society (AMS), and is a member of the Society for Industrial and Applied Mathematics, and the International Association of Mathematical Physics (IAMP), where he is currently vice president. He has honorary doctorates from Technion, University of Swansea, and Ludwig Maximilian University of Munich. He is the recipient of Sloan, Guggenheim, and Simons Foundation fellowships, and is a member of the American Academy of Arts and Science and the Austrian Academy of Science. He has won the IAMP Poincare Prize, the AMS Steele Prize for Lifetime Achievement, and the Bolyai Prize from the Hungarian Academy of Sciences. Professor Simon has worked on mathematical problems connected to quantum mechanics, quantum field theory and statistical mechanics. He has made fundamental contributions to geometric phases and spectral theory and, more recently, to the theory of orthogonal polynomials. He has written 21 books and monographs and over 400 papers. Eight of his coauthors are winners of the Heineman Prize in Mathematical Physics.