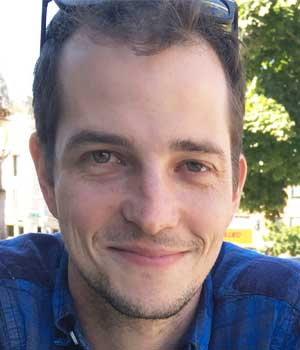 
"For outstanding contributions to the HAYSTAC (Haloscope At Yale Sensitive To Axion Cold Dark Matter) experimental detector, especially in its design and construction incorporating quantum measurement techniques, in addition to its operation including data acquisition and novel analysis techniques."


Benjamin Brubaker received an undergraduate degree in physics from the University of Chicago in 2011 and subsequently served for a year as a research assistant on the Fermilab Holometer experiment. In 2012, he began doctoral research at Yale University under the supervision of Professor Steve Lamoreaux. As a graduate student, Brubaker played a central role in the design and first operation of HAYSTAC (the Haloscope At Yale Sensitive To Axion CDM), an experiment designed to search for cold dark matter in the form of axions with mass of order 10 micro-eV. A major focus of his doctoral research was adapting technology from quantum information science to the axion search. In particular, he led efforts to integrate a Josephson parametric amplifier into the HAYSTAC detector, and demonstrated system noise performance approaching quantum limits for the first time in an axion search. Brubaker also led the analysis which set the first constraints on viable axion models in the 10 micro-eV decade, an order of magnitude higher in mass than previous limits. Upon receiving his Ph.D. in physics in 2017, Brubaker began a National Research Council postdoctoral fellowship at JILA, a joint institute of the National Institute of Standards and Technology and the University of Colorado, Boulder, where he works on developing a quantum-state-preserving electro-optic transducer based on quantum control of micromechanical motion.