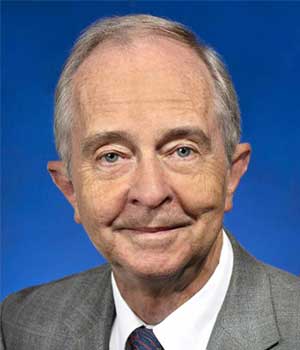 "For seminal theoretical contributions to the identification of quark-gluon plasma signatures, focused on predictions of hadronic observables of the partonic state that inform the understanding of thermalization, fluctuations, flow observables, and hadronic spectra."


BERNDT MUELLER holds a joint appointment as Professor of Physics at Duke University and Associate Laboratory Director for Nuclear and Particle Physics at Brookhaven National Laboratory (BNL). He received his B.Sc. (1972) and Ph.D. in Theoretical Physics (1973) from the Goethe Universität in Frankfurt (Germany). After post-doctoral appointments at Wright Nuclear Structure Lab of Yale University and the University of Washington, he returned to Frankfurt in 1976 as an Associate Professor. In 1990 he moved to Duke University in Durham, NC, where he is J.B. Duke Professor of Physics. He served as Department Chair (1997--99) and as Divisional Dean for the Natural Sciences in the College of Arts & Sciences of Duke University (1999--2004). He served as Director of Duke’s Center for Theoretical and Mathematical Sciences (2008—2012) and Chair of the Division of Nuclear Physics of the American Physical Society (2013—2014). Since 2013 he is Associate Laboratory Director for Nuclear and Particle Physics at BNL.

Mueller’s research focuses on quantum chromodynamics, in particular, the structure and properties of hot QCD matter and the phenomenology of relativistic heavy ion collisions. He has previously worked on the structure of the vacuum state in strong fields and on the quasi-molecular theory of atomic collisions. Mueller is a Fellow of the American Physical Society and of the American Association for the Advancement of Science. He is a recipient of the Röntgen Prize (1976), the Senior U.S. Scientist Award of the A. v. Humboldt Foundation (1998) and the Jesse Beams Award of the Southeastern Section of the APS (2007).