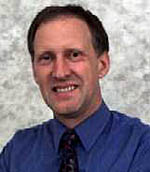 
"For his contributions to materials physics, including superconductivity, colossal magnetoresistance, heavy fermions and organic semiconductors, and his excellence in lecturing on materials science and industrial research to both scientific and lay audiences."


Dr. Bertram Batlogg works at Bell Labs, Lucent Technologies, Murray Hill, NJ. He is a native of Austria and received his higher education at ETH in Z|rich, Switzerland, where he earned the Diploma in Physics in 1974 and the Doctorate in Natural Sciences in 1979. He then joined AT&T Bell Laboratories to work on materials-based condensed matter physics in the Physical Sciences Research Division. Since 1986 he has been head of the Materials Physics Research department, and he served as a director of the Consortium for Superconducting Electronics (1990-1996) that developed, among others, superconducting microwave filter systems for wireless communication.

Dr. Batlogg has been a Fellow of the APS since 1986, has been awarded the Bernd Matthias Prize for work on superconductors (1997) and the ETH Medal for Outstanding Dissertation (1979). He has served the APS Division of Condensed Matter as a member of the Executive Committee and in chairing the Nomination Committee. He is also a member of the MRS, AAAS and NYAS.