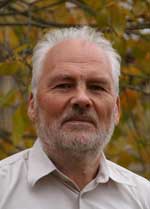 
"For advances in the development of angle-resolved electron analyzers for photoelectron spectroscopy."


Bjorn Wannberg received his B.Sc. at Uppsala University in 1963 and his Ph.D. degree at the same university in 1972, with a thesis titled Particle Optics with applications in Atomic Beam Spectroscopy.He was then recruited by later Nobel Laureate Kai Siegbahn to work on the electron optical aspects of photoelectron spectrometers. Besides the instrumentation work, he took an active part in the VUV spectroscopy of small molecules in gas phase, and in particular measurements of angular distributions.

Wannberg became engaged in the start of the Scienta company (now VG Scienta AB) in the mid-1980s, with the aim to commercialize the spectrometer development, especially for XPS (ESCA) applications. Between 1987 and 1996 he shared his time between the research at the university and the development work for Scienta. During this time, he invented a novel way to operate a hemispherical electron energy analyzer in order to collect the energy distributions for a large number of emission directions in parallel. The successive improvement of this so called angular mode has been one of his main tasks ever since.

From 1996 to 2000 he worked full time for Scienta, in the role as the companys specialist in electron optics. Since 2000, he has been working as a consultant in particle optics, although with strong ties to VG Scienta. He is still active in the development of new instruments for angle-resolved photoelectron spectroscopy.