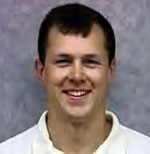 
I began studying atomic physics as an undergraduate in physics at Kansas State University , doing research with C.D. Lin. After graduating with a B.S. in 1993, I continued in atomic physics as a graduate student at the University of Colorado , working with Chris H. Greene in JILA . While at JILA, I collaborated on a number of problems outside the scope of my primary thesis work, the many-body theory of Bose-Einstein condensation. These additional problems included a study of Efimov states in the helium trimer, double photoionization in helium, ultracold atomic collisions, and aspects of the decay of metastable ionic molecules. Upon receiving my Ph.D. in the fall of 1997, I became a postdoctoral fellow at the Institute for Theoretical Atomic and Molecular Physics (ITAMP) at the Harvard-Smithsonian Center for Astrophysics . My current research interests include few-body problems and time-dependent phenomena as well as Bose-Einstein condensates. Some of my recent work in these fields includes three-body recombination in alkali atoms, a reformulation of the HD+ problem, time-dependent wavepacket dynamics in LiF, and spontaneous spatial symmetry breaking in multicomponent atomic Bose-Einstein condensates. In the fall of 1999, I returned to Kansas State University as an assistant professor.