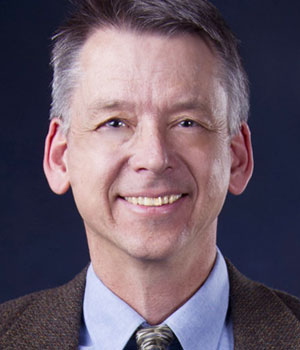 
"For the discovery and subsequent implementation of emittance compensation in photoinjectors that has enabled the development of high brightness, X-ray free electron lasers such as the Linac Coherent Light Source."

Bruce Carlsten received a BS in Physics and a BA in Mathematics from UCLA in 1979, and an MS, Degree of Engineer, and PhD in Electrical Engineering from Stanford University in 1980, 1982, and 1985, respectively. He joined the Los Alamos National Laboratory in 1982 and since then has worked on a variety of high-power RF source and accelerator projects. His research has largely focused on high-power and high-frequency vacuum electron amplifiers and high brightness electron beams for free-electron lasers. He was a pioneer in the development of RF photoinjectors and of bunch compressors, including early research in the effects of coherent synchrotron radiation. He is a regular instructor at the US Particle Accelerator School for their Microwave Sources course. He is also currently a member of the Executive Committee of the Institute of Electrical and Electronics Engineers (IEEE) Technical Committee on Plasma Sciences and Applications and Chair of the Advanced and Novel Accelerator Panel for the International Committee for Future Accelerators. He is a Fellow of the American Physical Society, the IEEE, and the Los Alamos National Laboratory. He was awarded the 1999 US Particle Accelerator School Prize for Achievement in Accelerator Science and Technology and the 2017 Free-Electron Laser Prize.