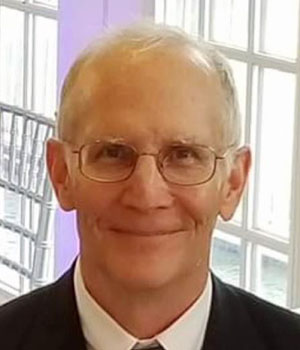 
Bruce Remington received his BS degree from Northern Michigan University in 1975 and his PhD in nuclear physics from Michigan State University in 1986. He did a 2-yr postdoctoral appointment in nuclear physics at Lawrence Livermore National Laboratory (LLNL), then joined Laser Program [now the National Ignition Facility (NIF) Directorate] at LLNL in 1988. Since 1988, he has been a staff physicist in the Inertial Confinement Fusion (ICF) Program followed by the High Energy Density Science (HEDS) Program. He has been the NIF Discovery Science Program Leader since 2014. He is best known for his work in HED laboratory astrophysics, where he founded the High Energy Density Laboratory Astrophysics (HEDLA) conference series in 1996 to foster this new science focus area. His areas of focus also include HED materials science, studying solid-state material dynamics at very high pressures and strain rates, relevant to impact dynamics, planetary formation dynamics, and novel concepts for ICF. He pioneered the use of high energy lasers to study Rayleigh-Taylor driven plastic flows at high pressures, strains, and strain rates. He is author or coauthor on over 400 publications and is a recipient of the Dawson award for his work on ablation-front Rayleigh-Taylor flow instabilities, and the Edward Teller Medal in 2011 for “pioneering research and leadership in inertial fusion sciences and HED applications”. He is a Distinguished Member of the Technical Staff at LLNL and a fellow of the APS.