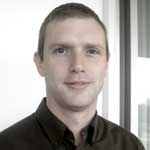 
Cameron Geddes is a physicist in the LOASIS program of the Ernest Orlando Lawrence Berkeley National Laboratory, where he works on laser driven particle acceleration and intense laser-matter interaction. He received his Ph.D. in physics in 2005 (M.A. 2003) from the University of California, Berkeley, where he was supported by the Hertz fellowship. His dissertation research, done at LBNL with research advisor Wim Leemans and faculty advisor Jonathan Wurtele, dem-onstrated the first laser driven accelerator in which the laser pulse propagation was controlled by a pre formed plasma channel, resulting in production of monoenergetic beams for the first time in a laser wakefield accelerator. Dr. Geddes received the Hertz Foundation Thesis Prize and LBNL Outstanding Performance Award for his Ph.D work in 2005. He worked at Livermore National Laboratory from 1997-99 on laser plasma interactions in inertial fusion. He received the B.A. in physics with high honors in 1997 from Swarthmore College, and won the American Physical Society Apker Award for the outstanding undergraduate thesis, and the Swarthmore College El-more Prize for outstanding work in physics for his thesis on spheromak plasma equilibria. He has received the Hertz (2000-2004), DOE NDSEG(1999-2000), and DOE undergraduate plasma physics (1995) fellowships.