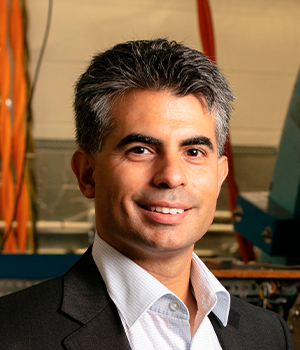 
"For groundbreaking contributions and scientific leadership in the understanding of non-axisymmetric magnetic fields and relativistic electrons in tokamak plasmas."


Dr. Carlos Paz-Soldan is an Associate Professor in the Applied Physics and Applied Mathematics department of Columbia University, a position he began in 2021. Prior, Dr. Paz-Soldan held a Scientist position at General Atomics and worked primarily with the DIII-D National Fusion Program. Dr Paz-Soldan joined the DIII-D group in 2012, after completing his PhD degree at the University of Wisconsin-Madison. Dr. Paz-Soldan’s undergraduate degree was in Engineering Physics and was awarded in 2007 from Queen’s University at Kingston, Canada. Since completing his doctoral degree, Dr. Paz-Soldan has contributed to a broad range of topics in tokamak transient control. These include: understanding the interaction of tokamak plasmas with non-axisymmetric fields used to control core and edge instabilities; the measurement and control of relativistic electron populations; and the conceptualization and advancement of novel actuators for both core and edge transient control. Dr. Paz-Soldan has authored or co-authored over 100 refereed journal publications, mentored several junior scientists in the research program, and piloted the DIII-D tokamak for countless experiments. For his work at Wisconsin, Dr. Paz-Soldan was awarded the Marshall N. Rosenbluth Outstanding Doctoral Thesis Prize in 2013. Dr. Paz-Soldan is a member of the American Physical Society.