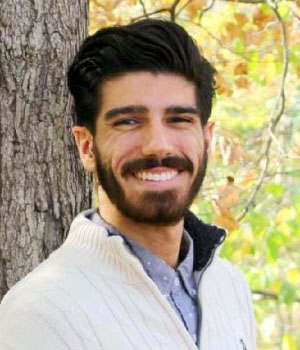 
Corbyn Jones received his BS in Mechanical Engineering and Physics in 2020 from California State University, Fullerton. He was a recipient of the CSUF Dan Black Physics/Business Scholarship and was part of the CSUF Dan Black Fellowship. From 2016 to 2020 he worked as a student researcher in the Soft, Living, and Active Matter Lab (SLAMLab, #NSFfunded) of Dr. Wylie Ahmed. His focus was on evaluating the power spectral density of Chlamydomonas reinhardtii (trapped in an optical trap) to quantify the stochastic forces generated by their motion. Corbyn is currently working as a Design Engineer in the field of Civil Engineering and hopes to soon venture into the field of Biomedical Engineering. He also plans to obtain an MBA degree from the University of Southern Indiana by the end of Spring 2023.