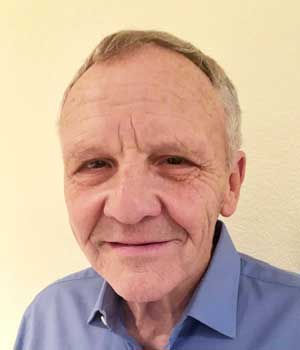 
"For theoretical advancement of the understanding of shock-driven reactions and detonation in condensed phase explosives."


Craig Tarver received a B. S. degree in Chemistry from Clarkson University in 1968. He received a Ph. D. in Chemistry from The Johns Hopkins University in 1973. He was a captain in the U. S. Army reserves. Craig was employed by SRI International from 1973 to 1976 as a chemist. He then was employed by Lawrence Livermore National Laboratory from 1976 to 2020 as a theoretical chemist. His main research interests involve modeling chemical reaction rates in energetic materials. His main research areas are: detonation (non-equilibrium ZND theory); shock initiation (Ignition and Growth and Statistical Hot Spot models); thermal decomposition and explosion (multiple reaction chemical kinetic models); deflagration to detonation transition; impact ignition; and equations of state. Craig has been a member of the Topical Group for the Shock Compression of Condensed Matter since its establishment and served as its chairman in 2001. He was named an APS Fellow in 2004.