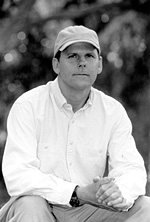 
"For successful theoretical and experimental studies of trapped cryogenic plasmas, including precise characterization of plasma modes and crystal equilibria, and direct observation of structural phase transitions."


Dr. Dubin completed his undergraduate degree in theoretical physics in 1978 at Queen's University in Kingston, Ontario. He then enrolled in the plasma physics program at Princeton University, where he was the recipient of an NSERC Postgraduate Scholarship. He received his Ph.D. in 1984 under the supervision of John Krommes and Carl Oberman. In his thesis he derived a set of self-consistent Hamiltonian gyrokinetic equations for charged particle motion in a fusion plasma, and he examined statistical closure schemes applied to low-dimensional chaotic systems. Immediately afterwards, Dr. Dubin joined the nonneutral plasma group at the University of California, San Diego as a postdoctoral researcher. He has been there ever since. His chief research interest is the basic physics of nonneutral plasmas. This has led to investigations in several related areas, including 2D fluid dynamics, dusty plasmas, nonequilibrium statistical physics, and structural condensed matter physics. Dr. Dubin is now a professor in the physics department at UCSD, and is a Fellow of the American Physical Society.