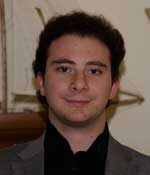 
"For the construction and study of three-dimensional supersymmetric quantum field theories."


Daniel Louis Jafferis is a Five-Year Post-Doctoral Fellow in Physics at Harvard University. He was home-schooled before matriculating at Yale University at the age of 14. He received his B.S. in physics and in mathematics from Yale in 2001, and his Ph.D. in physics from Harvard University in 2007. Jafferis was a recipient of a Graduate Research Fellowship from the National Science Foundation. He did postdoctoral work at Rutgers University, became a member at the Institute for Advanced Study in 2010, and assumed his current position at Harvard in March 2011.