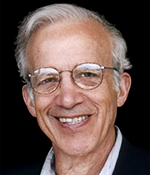 
"For seminal research setting the direction for modern atomic, molecular, and optical physics, including precision measurements with hydrogen masers, the physics of Rydberg atoms and their quantum chaotic behavior in high fields, cavity quantum electrodynamics, and the production of quantum degenerate atomic gases."


Daniel Kleppner, Ph.D., is the Lester Wolfe Professor of Physics, Emeritus, at the Massachusetts Institute of Technology in Cambridge, Mass. Born in New York City on December 16, 1932, Dr. Kleppner grew up in New Rochelle, New York where he graduated from high school in 1950. In 1953, Dr. Kleppner received his B.A. from Williams College in Amherst, Mass., and a B.A. from the U.K.’s Cambridge University in 1955. Under the supervision of Norman F. Ramsey, Ph.D., Dr. Kleppner conducted graduate research in physics at Harvard University in Cambridge, Mass., where he received his Ph.D.in 1959. Dr. Kleppner would later join Dr. Ramsey in the creation of the hydrogen maser, a novel type of atomic clock that was cited in Dr. Ramsey’s 1989 Nobel Prize for Physics.

In 1966, Dr. Kleppner joined the physics department at M.I.T. where he founded a high-level mechanics course for gifted college freshmen that became a permanent part of the curriculum. A second edition of An Introduction to Mechanics, the textbook Dr. Kleppner and his colleague, Robert J. Kolenkow, Ph.D., co-wrote in 1973 specifically for that course was recently published. Dr. Kleppner cofounded the M.I.T.-Harvard Center for Ultracold Atoms in 2002.

Dr. Kleppner lives in Belmont, Mass., with his wife Beatrice. They have three children: Paul, Sofie, and Andrew. They also have four grandchildren: Matthew, Hannah, Ethan, and Darwin.