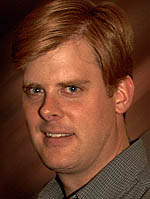 
Dr. Ernst received his Ph.D. in Physics from the Massachusetts Institute of Technology in 1997, where his thesis co-advisors were Prof. B. Coppi (MIT) and Dr. S. D. Scott (PPPL), with Prof. M. Porkolab (MIT) as contributing Reader. While at MIT, he held Teaching Assistantships for four core physics courses, and spent summers at the Joint European Torus and Institute for Fusion Studies. In 1992, he moved to the Princeton University Plasma Physics Laboratory (PPPL) to play an active role in three years of historic Tokamak Fusion Test Reactor deuterium-tritium experiments. He then returned to MIT in late 1995 and defended his thesis July 1, 1997.

Dr. Ernst received his Bachelor's degree from the University of Wisconsin-Madison where he completed majors in Physics, Mathematics, and Electrical Engineering. He also was a member of Tau Beta Pi, and was one of thirty members of the Society of the Mace, the Chancellor's men's honorary. As an undergraduate, he gained experience at the Trane Company, Wisconsin Synchrotron Radiation Center, Wisconsin Tandem Van deGraaf Laboratory, and twice at IBM. Now he is an Associate Research Physicist at PPPL where he is continuing work on the effects of radial electric field shear on transitionless enhanced confinement, pursuing collaborations on several tokamak experiments.