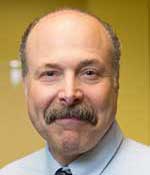 
"For sustained contributions to the physics of spin-coherent materials and systems, including optical discovery of the spin Hall effect and spin control in quantum nanostructures and non-magnetic semiconductors, as well as his superb lecturing on these topics to diverse audiences."


David Awschalom received his BSc (1978) in physics from the University of Illinois at Urbana-Champaign, and his PhD (1982) in physics from Cornell University. He was a Research Staff member and Manager of the Nonequilibrium Physics Department at the IBM Watson Research Center. He joined the University of California-Santa Barbara (UCSB) as a Professor of Physics (1991), and was additionally appointed as a Professor of Electrical and Computer Engineering (2001). While at UCSB, he served as the Peter J. Clarke Professor and Director of the California NanoSystems Institute. He is presently the Liew Family Professor of Spintronics and Quantum Information in the Institute for Molecular Engineering at the University of Chicago. His experiments focus on spintronics and solid state quantum information processing and involve understanding and coherently controlling the spins of electrons, ions, and nuclei in semiconductors. Professor Awschalom received an IBM Outstanding Innovation Award, the MRS Outstanding Investigator Prize, the IUPAP International Magnetism Prize and Néel Medal, the APS Oliver E. Buckley Prize, the EPS Europhysics Prize, the AAAS Newcomb Cleveland Prize, and the MRS David Turnbull Award. He is a Fellow of the American Physical Society and the American Association for the Advancement of Science, and a member of the American Academy of Arts and Sciences, the National Academy of Sciences, the National Academy of Engineering, and the European Academy of Sciences.