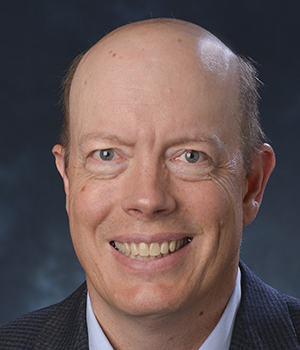 
David M. Jonas received a B.S. in chemistry and an A.B. in mathematics from the University of California, Berkeley in 1986. He completed his Ph.D. at MIT in 1992, and did postdoctoral work at the University of Chicago before joining the faculty of the Department of Chemistry and Biochemistry at the University of Colorado in 1995. He and his group demonstrated and developed femtosecond two dimensional Fourier transform spectroscopy as the optical analog of two-dimensional nuclear magnetic resonance. They currently study the fast electronic motions required for efficient electronic processes in molecules, photovoltaic materials, and photosynthesis. Jonas has served as Chair of the International Conference on Ultrafast Phenomena in the Optical Society of America (OSA), as co-director of the Center for Revolutionary Solar Photoconversion, and as a member of the Executive Committee of the American Physical Society (APS) Division of Chemical Physics. He is a member of the American Chemical Society (ACS), the Coblentz Society, Sigma-Xi, and the Society for Applied Spectroscopy. Jonas is a fellow of the APS, the American Association for the Advancement of Science, and the OSA. Honors include a Packard Fellowship in Science and Engineering, a Sloan Research Fellowship, a National Science Foundation Special Creativity Award, the Bomem-Michelson Award from the Coblentz Society, and the Ahmed Zewail Award in Ultrafast Science and Technology from the ACS.