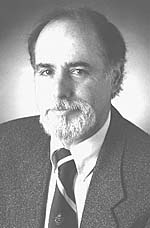 
"For the development of accurate Monte Carlo sampling and Renormalization Group Techniques, the study of the kinetics of aggregation and gelation in polymer systems, and for numerous contributions to the development and application of molecular dynamics and kinetic Monte Carlo methods."

He is author/co-author of 300 publications, co-author (with Kurt Binder) of a successful graduate textbook, A Guide to Monte Carlo Simulations in Statistical Physics, and Principal Editor for Computer Physics Communications. For 30 years he has studied classical and quantum systems, emphasizing the importance of high quality simulations, coupled with theoretically grounded analysis, to describe diverse systems. With students and collaborators he recently developed new spin-dynamics methods and an improved Monte Carlo method that samples densities of states of statistical systems instead of probability distributions.

He is a Fellow of the American Physical Society, Fellow of the Japan Society for Promotion of Science, received the SESAPS Jesse Beams Award and the Alexander von Humboldt Senior U.S. Scientist award.