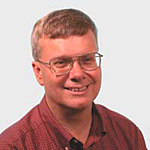 
"For seminal contributions to the theory of condensed matter systems including the prediction and elucidation of the properties of new, partially ordered phases of complex materials."


Nelson received his Ph.D. in 1975 in theoretical condensed matter physics working with Michael E. Fisher at Cornell University. His research focuses on collective effects in physics, materials science and chemistry. He has been interested, in particular, in the interplay between fluctuations, geometry and statistical mechanics. Nelson's research includes work on helium films and two dimensional melting, a theory of the structure and statistical mechanics of metallic glass and investigations of "tethered surfaces," which are two-dimensional generalizations of linear polymer chains. Nelson has also studied flux line entanglement in the new, high temperature superconductors. His current interests include vortex physics, the statistical mechanics of polymers, topological defects on frozen topographics and biophysics. Nelson has been elected to the American Academy of Arts and Sciences, the National Academy of Sciences and has served as a Junior and Senior Fellow in the Harvard Society of Fellows. His previous awards include the Harvard Ledlie Prize, the National Academy of Sciences Award for Initiatives in Research, the Bardeen Prize and a Five-Year MacArthur Prize Fellowship.